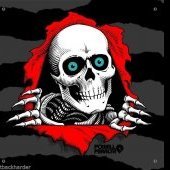 prepare for a gigantic spin away from "Israeli spy ring/brownstone blackmail operation."  Everything now is just mind media theatrical control bullshit to keep any discussion away from the master

I've been accused of saying "it's the Jews" by a moderator no less, but in this case let's look at some of the players.   These people are Jewish and that's the tip of the iceberg!