Is it Feasible to Live without the Cabal Ruling Us?

The cabal have no power unless we the people give it to them. People talk about social distancing and self isolating etc. Personally I've done that most of my adult life through choice because the soc

I think the most important thing is to re-establish harmony with nature in our lives. For example producing your own food among other things that you can make "for free". Easier said than done. Strivi 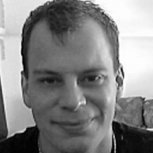