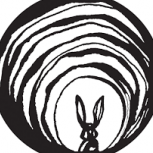 His views are interesting at first. But my gut tells me ... nope. Stopped watching his interviews and speeches after a while.

Pretty much all the replies above air a negative opinion on Greer without substantiation or data; a recurring aspect of today's social media age where ppl use the internet as a platform for the sake o