Zionist Occupation Government conspiracy theory. All presidents are puppets controlled by 1% of the elite. 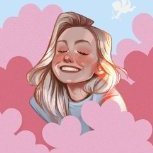