UpdateAndrew Gosden: Two men arrested on suspicion of kidnapping and human trafficking in connection with disappearance of teenager who vanished from Doncaster in 2007 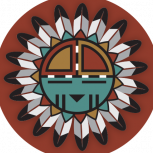