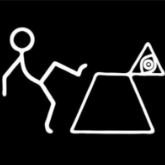 By ConspiracyTruths.co.uk,
January 10, 2022 in Research Assistance