Was the God that Moses met actually a Jinn/Devil 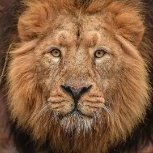