Have the Reptilians been chased out of our Solar System? 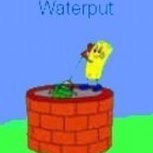