Are we all Gods /God-like? 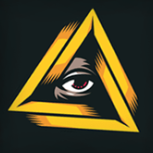