Any biochemists here who can suggest a neutralization agent that someone can self-administer post-'vaccine'? 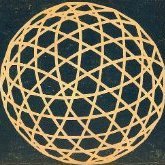