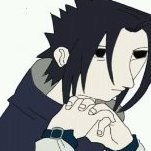 By Ouroboros,
May 11 in Health & Medical