What is Coca Cola and what are its effects on the human body? 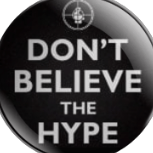