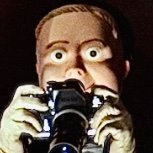 By Four Flies,
March 13 in Recommended Reading, Viewing and Audio