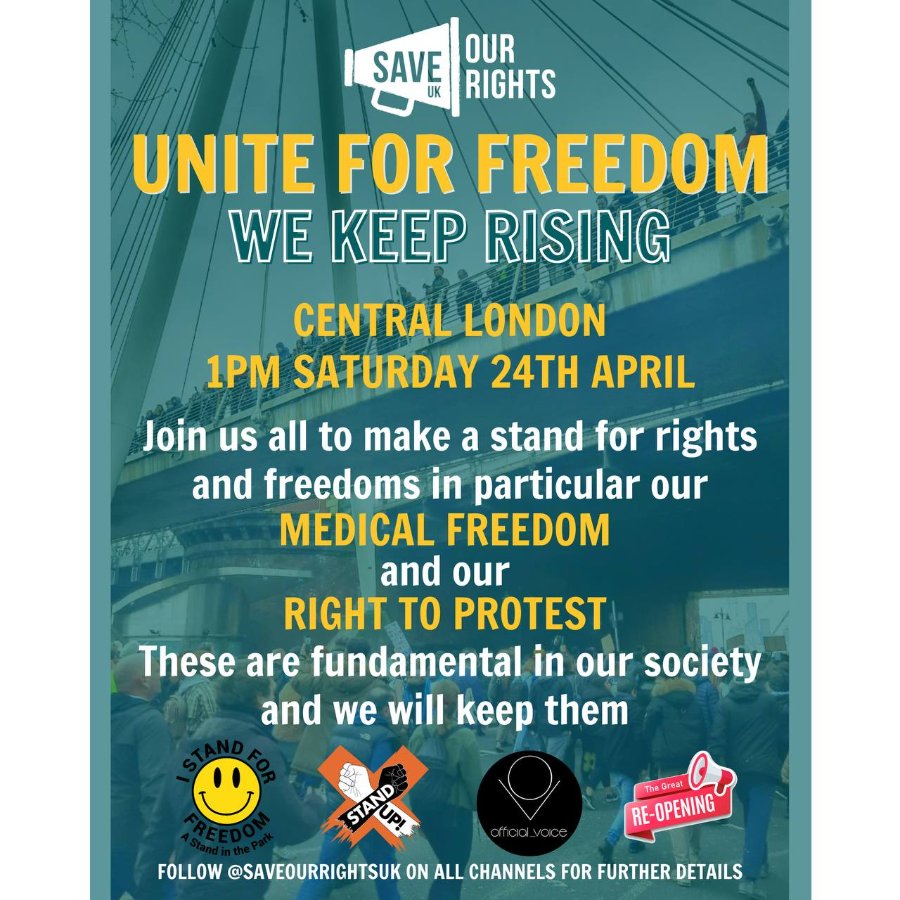 Save Our Rights, A Stand in the Park, StandUpX, Official Voice (organisers behind Saturday's protest) and the Great Re-Opening are collaborating for the next big demonstration to be held in London on 24th April. Location to be confirmed.