Millions of people are expected to come to Berlin from all over Europe to declare and celebrate the end of the pandemic.

In the last event from this organizer, on August 1th 2020 hundrets of thousands of people gathered together in Berlin to celebrate the end of the pandemic. At one point even police spoke off camera  about nearly 1 million people on the streets of Berlin.  Of course officially, police and media downplayed it later, but everybody who was there on that day could see with his own eye's what a huge lie that was. Everybody who was there is now aware what's going on in media.
Therefore the organizer of that event had the courage and confidence to organize another such huge event and this time there will be millions of people.

see for yourself the huge crowd that was there last time in the below time lapsed 5 min. video (almost 1:30h condensed) or the full 1:30h in normal speed. 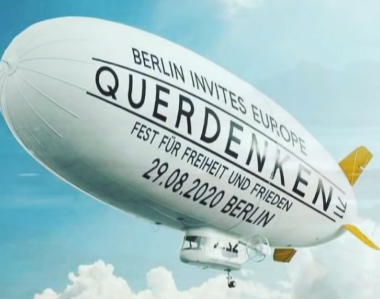 Below are 2 trailer for the event

Later Police tried to cancel the event, but it was too late. People were already there  and didn't leave.